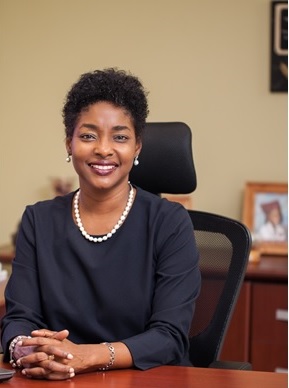 In 2012 she was appointed to the Board of the International Federation of Accountants (IFAC), where she served for 6 years. During her tenure at IFAC she served on both the Audit Committee and Chaired the Governance Committee for three years. Mrs. Monroe Ellis was appointed Secretary-General of the Caribbean Organization of Supreme Audit Institutions (CAROSAI) in 2016. In the same year, she was appointed to serve as Jamaica's representative on the Caribbean Community (CARICOM) Secretariat Audit Committee, which she Chaired until December 2019. Mrs. Monroe Ellis served the Institute of Chartered Accountants of Jamaica (ICAJ) over 15 years combined as a member of its Audit Practice Committee, Public Sector Committee and Investigations Committee- four years as Chair. She is currently a Director on the Board of the INTOSAI Development Initiative (IDI). Mrs. Monroe Ellis has been a member of the ACCA Global Forum for the Public Sector since January 2019. In May 2020 she was appointed Chair of the International Financial Reporting for Non-Profit Organizations (IFR4NPO) Steering Committee.